Below is our summary of the key findings of the European Commission’s 2015 Eurobarometer Report on Cross-border access to online content. Please feel free to download our summary in PDF format. 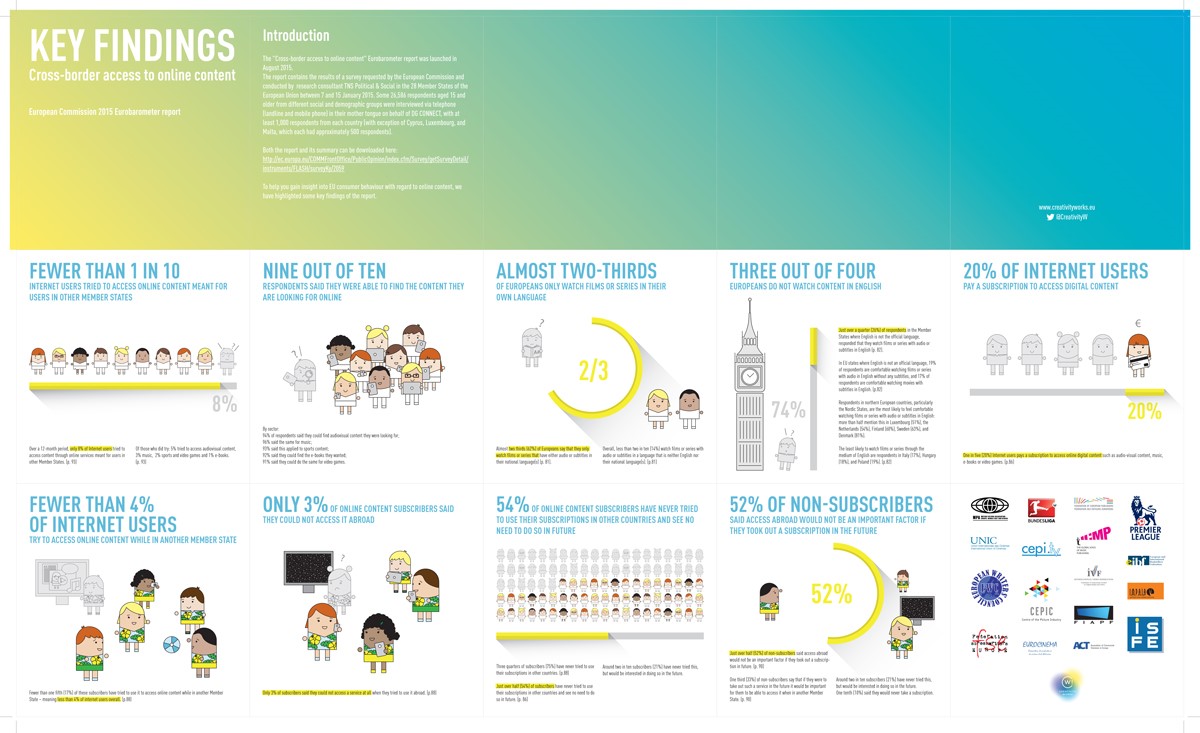 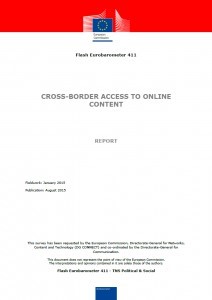 The report contains the results of a survey requested by the European Commission and conducted by research consultant TNS Political & Social in the 28 Member States of the European Union between 7 and 15 January 2015.

Some 26,586 respondents aged 15 and older from different social and demographic groups were interviewed via telephone (landline and mobile phone) in their mother tongue on behalf of DG CONNECT, with at least 1,000 respondents from each country (with exception of Cyprus, Luxembourg, and Malta, which each had approximately 500 respondents).

To help you gain insight into EU consumer behaviour with regard to online content, we have highlighted some key findings of the report. 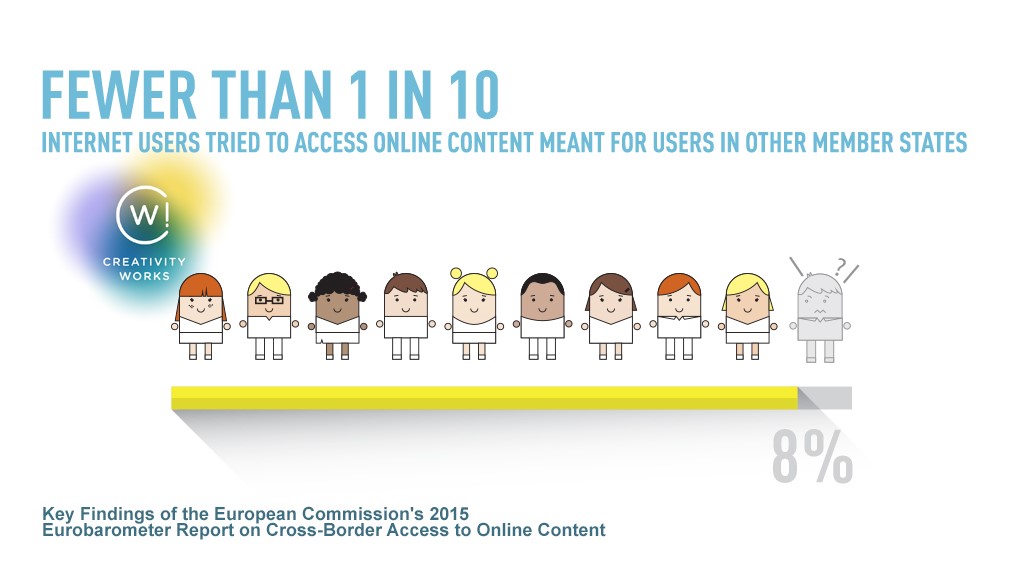 Over a 12-month period, only 8% of Internet users tried to access content through online services meant for users in other Member States. (p. 93) 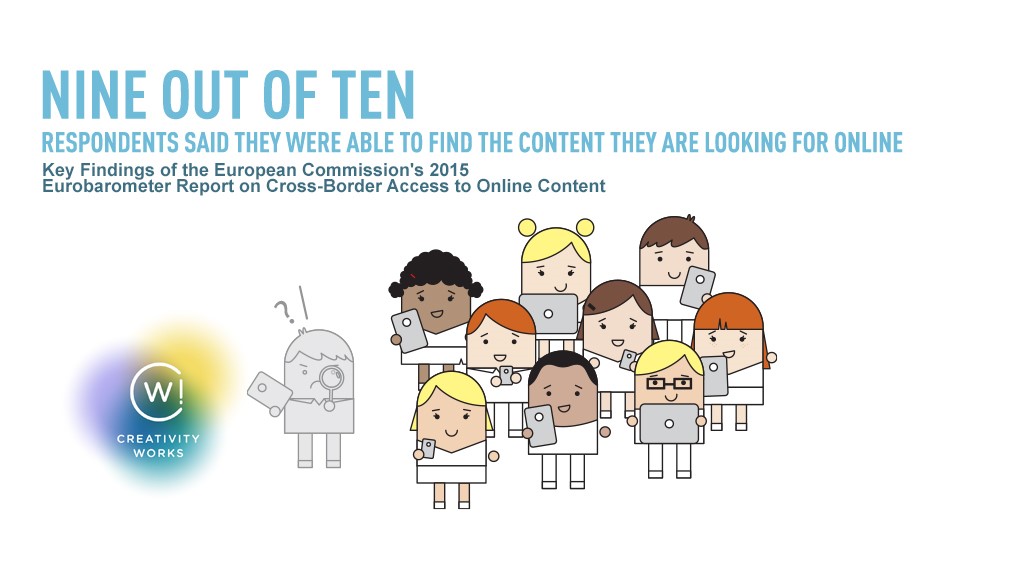 94% of respondents said they could find audiovisual content they were looking for; 96% said the same for music, 93% for sports content, 92% for e-books, and 91% for video games. 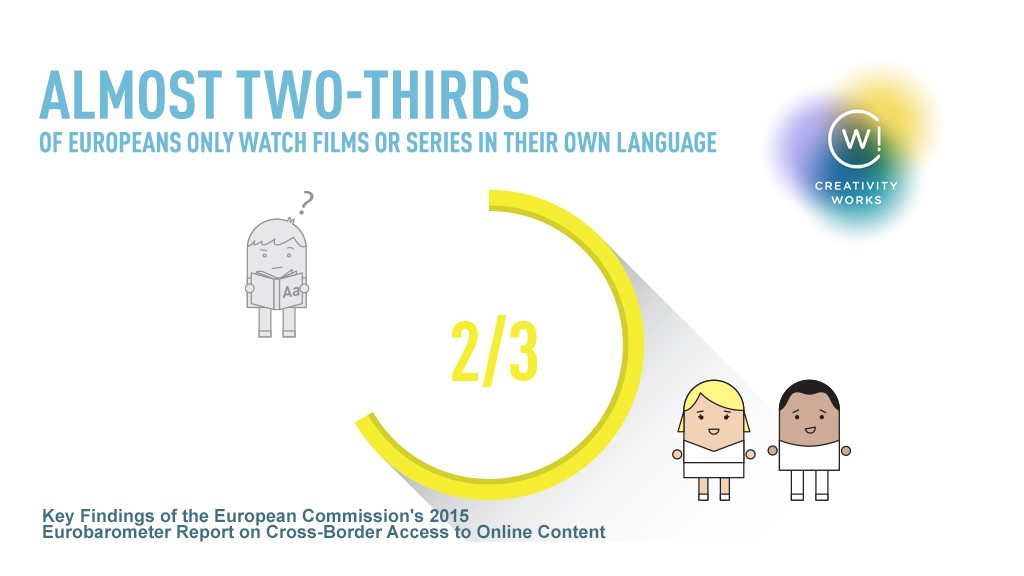 Almost two thirds (62%) of Europeans say that they only watch films or series that have either audio or subtitles in their national language(s) (p. 81).

Overall, fewer than two in ten (14%) watch films or series with audio or subtitles in a language that is neither English nor their national language(s). (p.81) 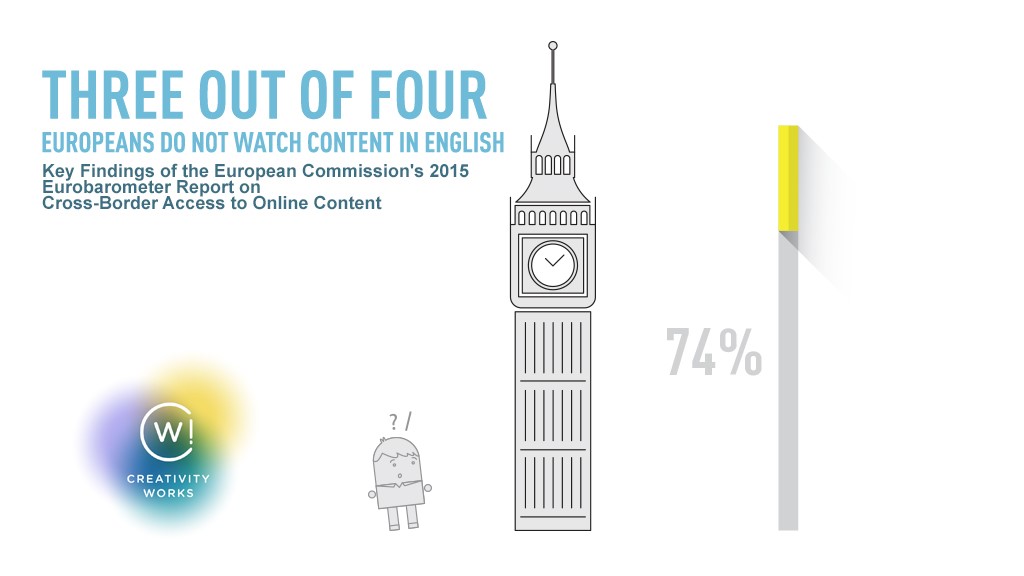 Just over a quarter (26%) of respondents in the Member States where English is not the official language, responded that they watch films or series with audio or subtitles in English (p. 82).

Respondents in northern European countries, particularly the Nordic States, are the most likely to feel comfortable watching films or series with audio or subtitles in English: more than half mention this in Luxembourg (51%), the Netherlands (54%), Finland (60%), Sweden (63%), and Denmark (81%). 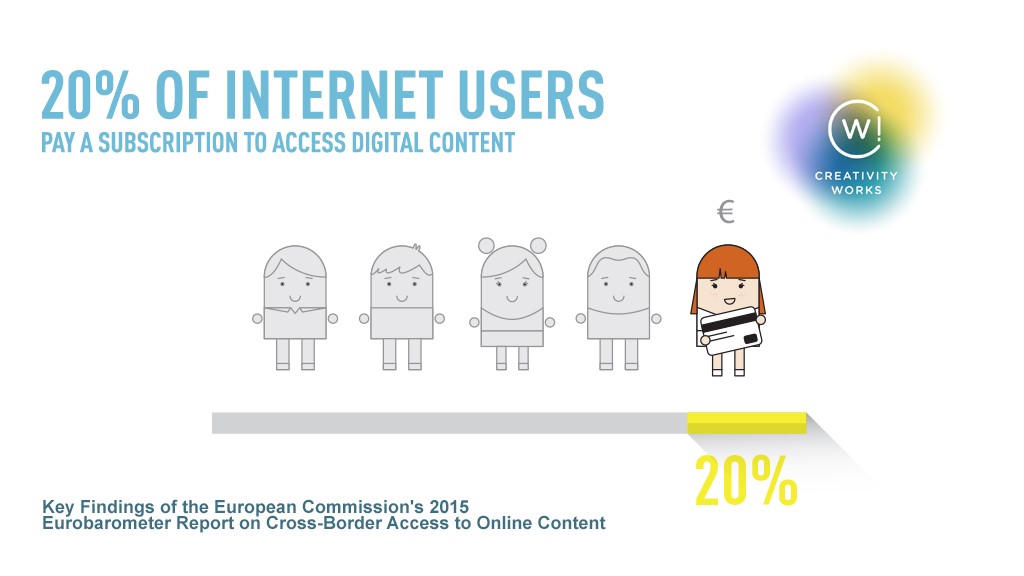 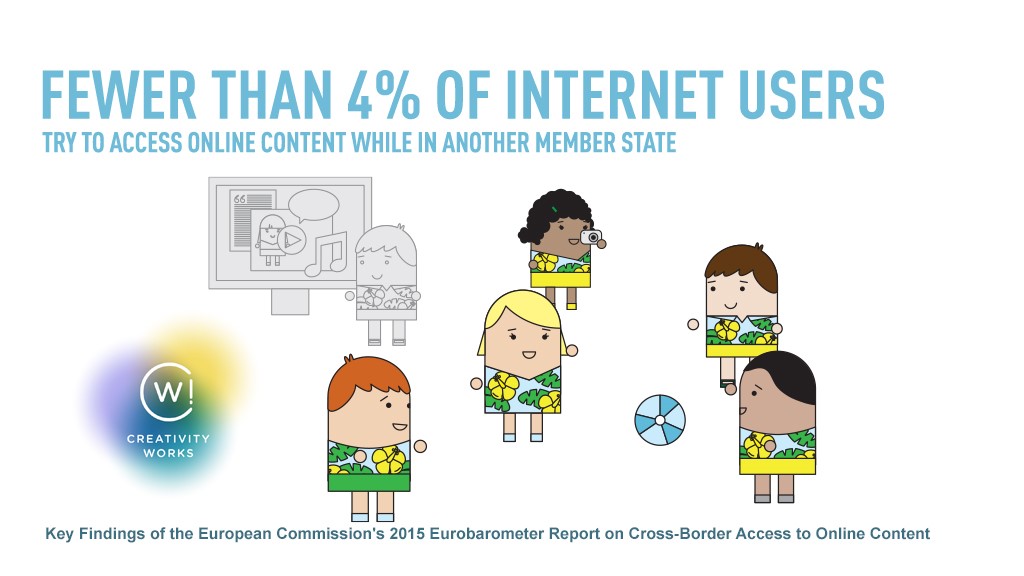 Fewer than one fifth (17%) of these subscribers have tried to use it to access online content while in another Member State – meaning fewer than 4% of internet users overall. (p.88) 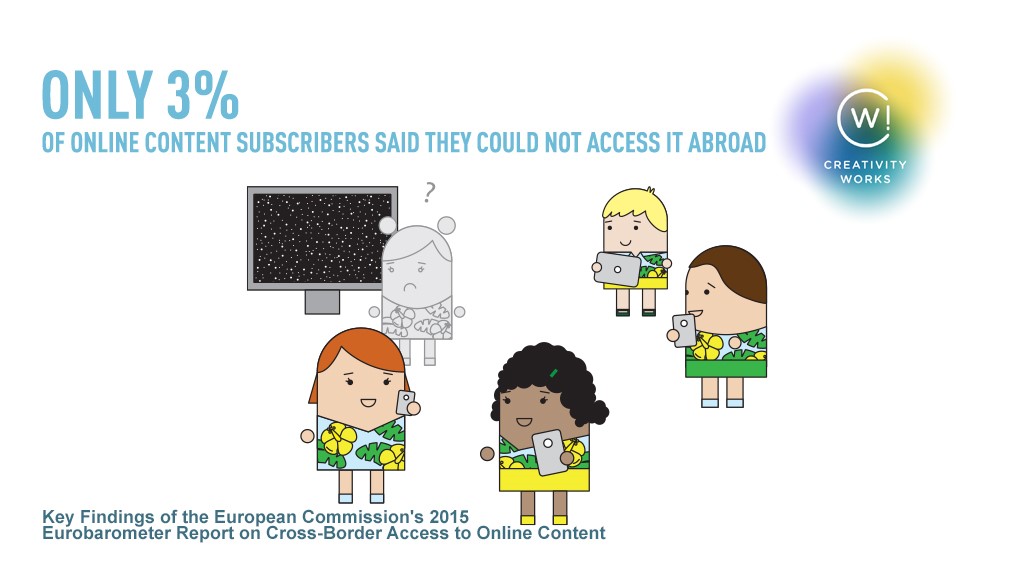 Only 3% of subscribers said they could not access a service at all when they tried to use it abroad. (p.88) 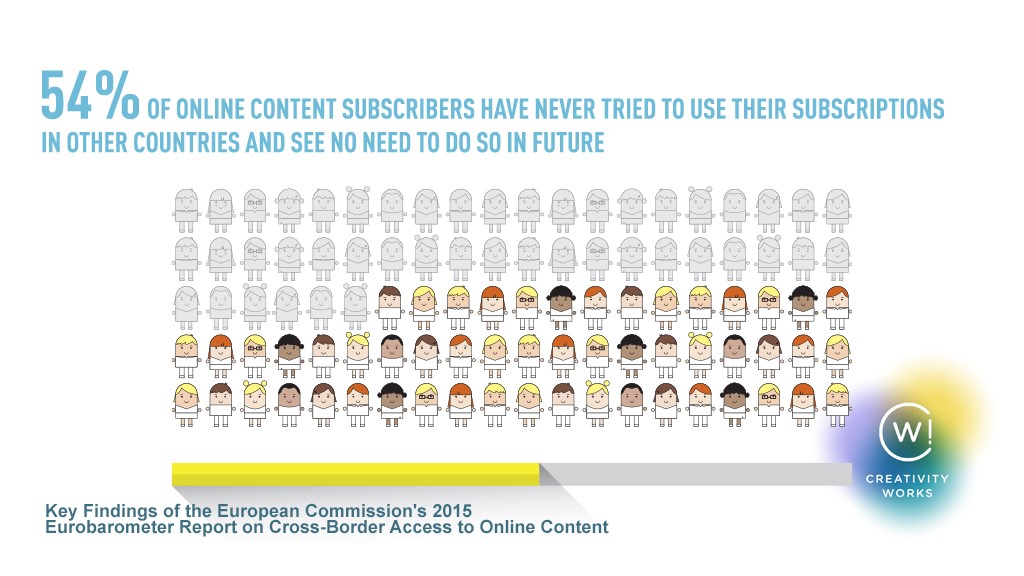 Three quarters of subscribers (75%) have never tried to use their subscriptions in other countries. (p.88)

Just over half (54%) of subscribers have never tried to use their subscriptions in other countries and see no need to do so in future. (p. 86)

Around two in ten subscribers (21%) have never tried this, but would be interested in doing so in the future. 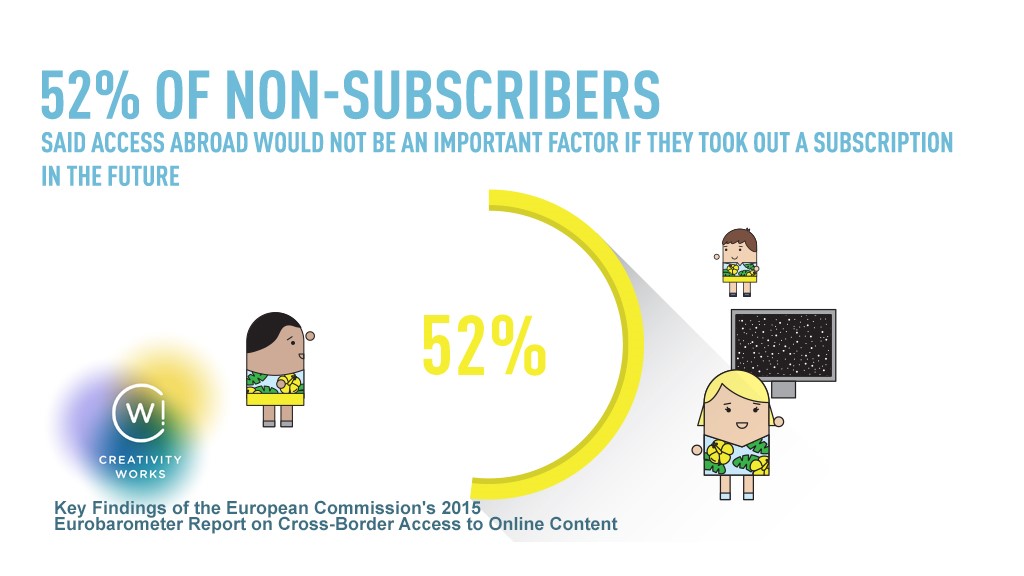 Just over half (52%) of non-subscribers said access abroad would not be an important factor if they took out a subscription in future. (p. 90)

One third (33%) of non-subscribers say that if they were to take out such a service in the future it would be important for them to be able to access it when in another Member State. (p. 90)

Around two in ten subscribers (21%) have never tried this, but would be interested in doing so in the future.

One tenth (10%) said they would never take a subscription.

* You can download these key findings in PDF format.