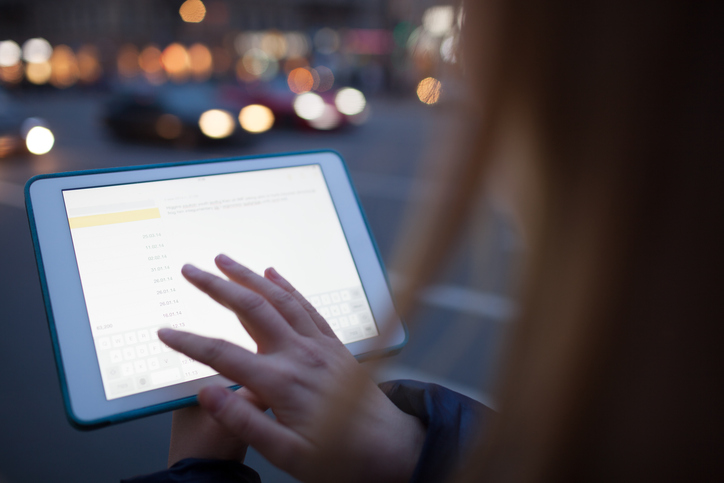 Today the European Commission has published its Communication on the future of the European copyright framework. We are digital sectors at heart, and hope the Communication marks the start of an informed, constructive dialogue about how copyright should continue to enable the creative and cultural sectors to thrive in Europe – ultimately to the benefit of rights holders, audiences and users alike.

Creativity and cultural expression are a vital part of Europe’s identity. Copyright is the most effective enabler for the creation, financing, production and dissemination of cultural works, and has made it possible for the creative and cultural sectors to meet consumer demand for legal online content. We welcome the Commission’s intention to further support this market development.

In this spirit, we call upon the European Commission to take into account the views of the seven million people who make up the creative and cultural sectors in Europe. Helping the creative and cultural sectors to grow and create jobs requires proposals that respect the rights of creators and their business partners. We look forward to working with the European Commission, the Member States and the European Parliament to ensure their proposals work for both consumers and our sectors, while allowing the market to lead the way.

Our members come from across the creative and cultural sectors. Here’s how they reacted:

“Today the Commission has published a proposal for a Regulation on portability aiming at allowing subscribers that have paid for subscriptions in their Member State of residence to continue to access that content when temporarily travelling to another member state. We look forward to continuing our work with the Institutions to develop from this blueprint a workable solution that is fit for purpose.”

“Film producers are excited about the opportunities offered by digital technology – we are already deeply engaged in the digital environment. In the digital economy, licensing distribution rights by territory remains fundamental to the financing, production and distribution of content not just in the EU, but worldwide. It’s this freedom to co-produce between different countries and to pre-sell future distribution rights on an exclusive basis to a wide range of distributors in several countries that enables us to finance vibrant European film production and maximise film distribution to Europe’s culturally diverse audiences.”

“Authors are at the roots of the creative industries’ value chain. We are hopeful that the European Commission will promote a legal environment with fair remuneration of all right holders safeguarding creativity and ensuring the continued investments which are vital to Europe’s economy.”

Anne Bergman, Director of the Federation of European Publishers, said:

“Exceptions to copyright need to be just that – exceptions, not the rule. It’s a positive sign that the Commission says it will take market specificities and existing practices into account regarding exceptions to copyright. The current system enables respect for cultural and national diversity, flexibility and an appropriate degree of EU harmonization and has led to more creative works being available than ever before. Licences can and are already addressing many issues. Any new exception would therefore have to be justified by very strong evidence of market failure, and consider the incentives for investments by writers, publishers and booksellers in order to ensure the creation, publishing and distribution of new books.”

“The music sector has made it possible for millions of music lovers throughout Europe to access a large and diversified offer whenever they want and on any device they choose. To maximise this, all online platforms offering copyright-protected content need to compete on a level playing field – copyright rules in particular need to apply to all players who are actively involved in distributing copyrighted works.”

“On behalf of over 150,000 authors, writers and translators, the European Writers’ Council welcomes the opportunity to take part in the discussions planned by the European Commission. The importance of the protection of copyright cannot be overestimated. It is an essential ingredient in the process that enables creativity to survive and prosper in any society, and has produced the treasury of European Culture.”

“We are proud to provide millions of sports fans throughout Europe and the world with tailored content which matches specific tastes and preferences of each market. Any dilution of territorial exclusivity could lead to pan-European licensing ultimately destroying that rich, culturally diverse content offer that we are all striving to create. Any legislative initiative must be approached with great care and should respect both contractual freedom and territorial exclusivity which are key for a successful and sustainable future for the creative industries.”

“Professional photographers and picture agencies work online as a matter of course, and rely on strong copyright protection to make their jobs possible. While the initiatives mentioned in the Communication aiming at a fairer distribution of the value generated on the Internet are to be welcomed, a number of proposed exceptions might further undermine the revenues or discriminate against a certain category of visual authors. Photography needs strong enforcement measures or a realistic possibility to enforce rights against platforms who have built a business model on the free re-use of copyrighted content.”

Like-minded organisations, federations and associations from the European cultural and creative sectors have formed a coalition: Creativity Works! Our objective is to encourage and support informed dialogue with EU decision-makers about the economic and cultural contribution made by creators and the cultural and creative sectors in the digital age. Our members are brought together by a sincere belief in creativity, creative content, cultural diversity and freedom of expression.

Some Facts and Figures

Our creative sectors are an integral part of Europe’s cultural and economic fabric, especially as images, words, sounds and ideas have increasingly become the drivers of innovation, jobs and prosperity. IP-intensive industries contribute 26% of EU employment and 39% of GDP; within this, the core copyright-intensive industries generate 7 million jobs, contribute approximately EUR 509 billion and produce a trade surplus.

Europe’s creative and cultural industries work hard to give consumers what they want by developing digital services – and have been successful in doing so judging by the uptake of digital online services across Europe. Fans of film, music, books, photos, video games and sports can watch, listen to, see and read more creative works than ever before. Today, consumers can enjoy over 2 million e-book titles and over 40 million licensed songs, and over 3,000 video-on-demand services are on offer in Europe. Surveys have shown, however, that accessing content across borders is at most a minor consideration for most Europeans. According to Eurobarometer 411, only 8% of Internet users have tried to access content through online services meant for users in other Member States. 17% of subscribers to online services – meaning less than 4% of internet users overall – have tried to use their subscriptions while abroad.

The creative and cultural sectors are digital sectors. New technologies must foster creativity, quality content and legal access, not hinder them: copyright ensures that the necessary capital to finance creation and distribution can be raised, content creators can license their work, and so be confident in advance of making a living, recouping investments and a return on their endeavours.