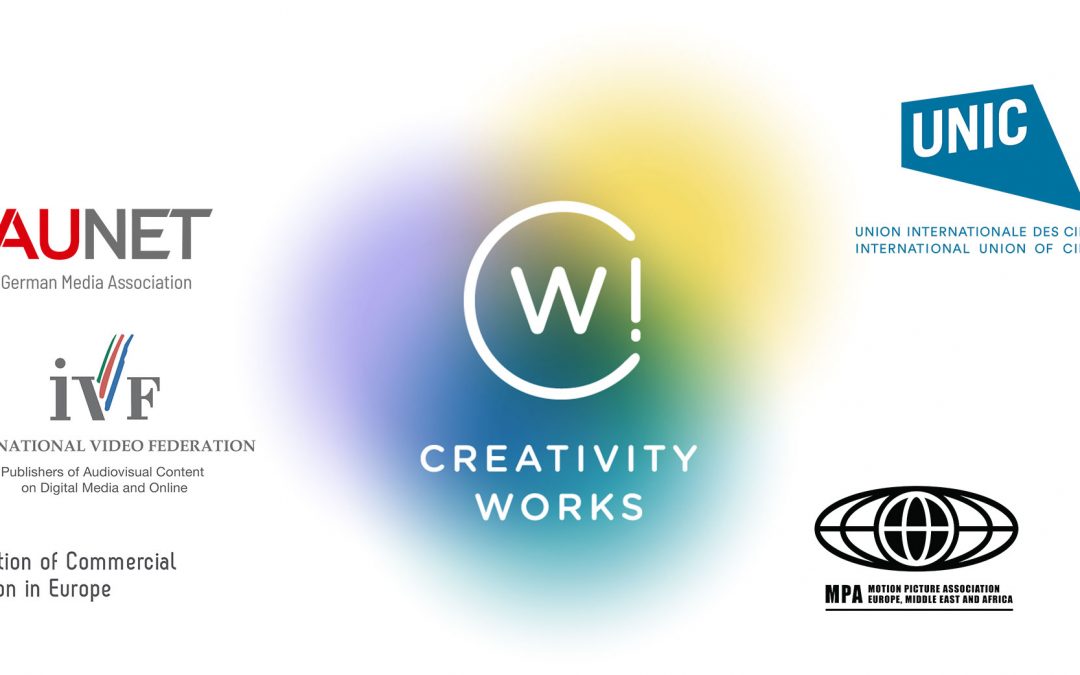 The EUIPO/EPO study stresses the sector’s role in boosting employment across the continent, even at a time when overall EU employment levels were receding slightly. Copyright-intensive industries account for 7.1% of EU jobs: more than 15 million direct and indirect jobs are generated by them.

Creativity Works! welcomes this joint report, which signals once again that IPR-intensive industries are Europe’s most effective global ambassadors. Copyright-intensive industries create a yearly trade surplus of € 92 billion, making them a thriving sector for exports.

This demonstrates the dynamism of the cultural and creative industries and their crucial role in the European economy around a strong IPR framework. As European institutions enter a new mandate, Creativity Works! is keen to continue its open dialogue with EU policymakers to ensure a supportive and favourable EU framework for the valuable activities of copyright-intensive industries.

Creativity Works! is a European coalition of the cultural and creative sectors. Our coalition represents writers, screenwriters, video game producers & developers, broadcasters, book publishers and retailers, cinema operators, sports organisers, picture agencies, music and film/TV producers, publishers and distributors. Its objective is to foster an open and informed dialogue with EU policy-makers about the economic and cultural contribution made by creators and the cultural and creative sectors in the digital age. Members are brought together by a sincere belief in creativity, creative content, cultural diversity and freedom of expression.